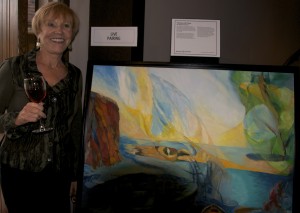 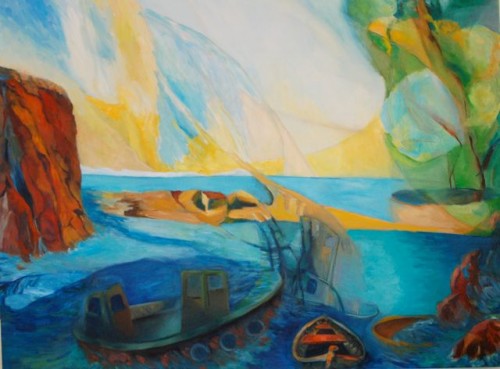 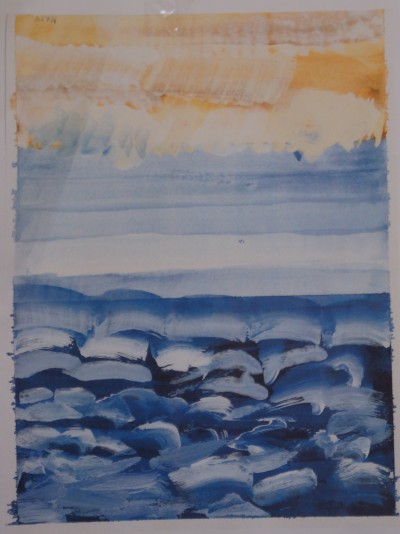 Sketch by Mary (Alzheimer patient) which became my inspiration for my "Pairing" piece for the "Memories in the Making" Art Auction October 4, 2010 at 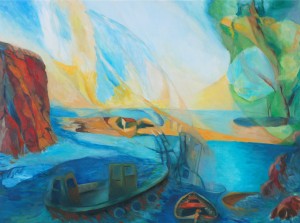 Mary was my pairing partner. Mary is one of so many suffering Alzheimer's patients. I have not met her.

I do not know if she would understand that the two of us are now forever connected through her water color sketch which I have chosen as my inspiration.

Mary’s painting followed me around for weeks. It was hanging on my living room and studio walls, and it’s image came up often in my mind. Her painting haunted me in my dreams.
Actually it was not her painting but her fate. When I discovered her small signature.....tears came to my eyes.

All I could think of was a single lonely figure on an endless beach with a very heavy and dark sky above. I could not find any hope for her and her dear ones.

When I turned Mary’s painting upside down I found my voice and inspiration in her most beautiful sky.

The challenge for me was expressing in color and technique loss of memory, the disaster of the Alzheimer's disease, and my belief in hope.

The fragmentation is my way of understanding Mary’s thinking. Some of her memories are still clear. Others are broken as if seen through a kaleidoscope.

The sinking boats are symbols of the catastrophic Alzheimer's disease.

My symbol of Mary’s life is the boat in the center of the painting. It is colorful but also shows signs of threat.

And then there is the sky. Her yellow and my airy light blue. HOPE.

The bridge will allow Mary to cross and enter her new being.

DEVELOPMENT OF MY PAINTING: 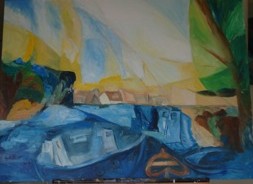 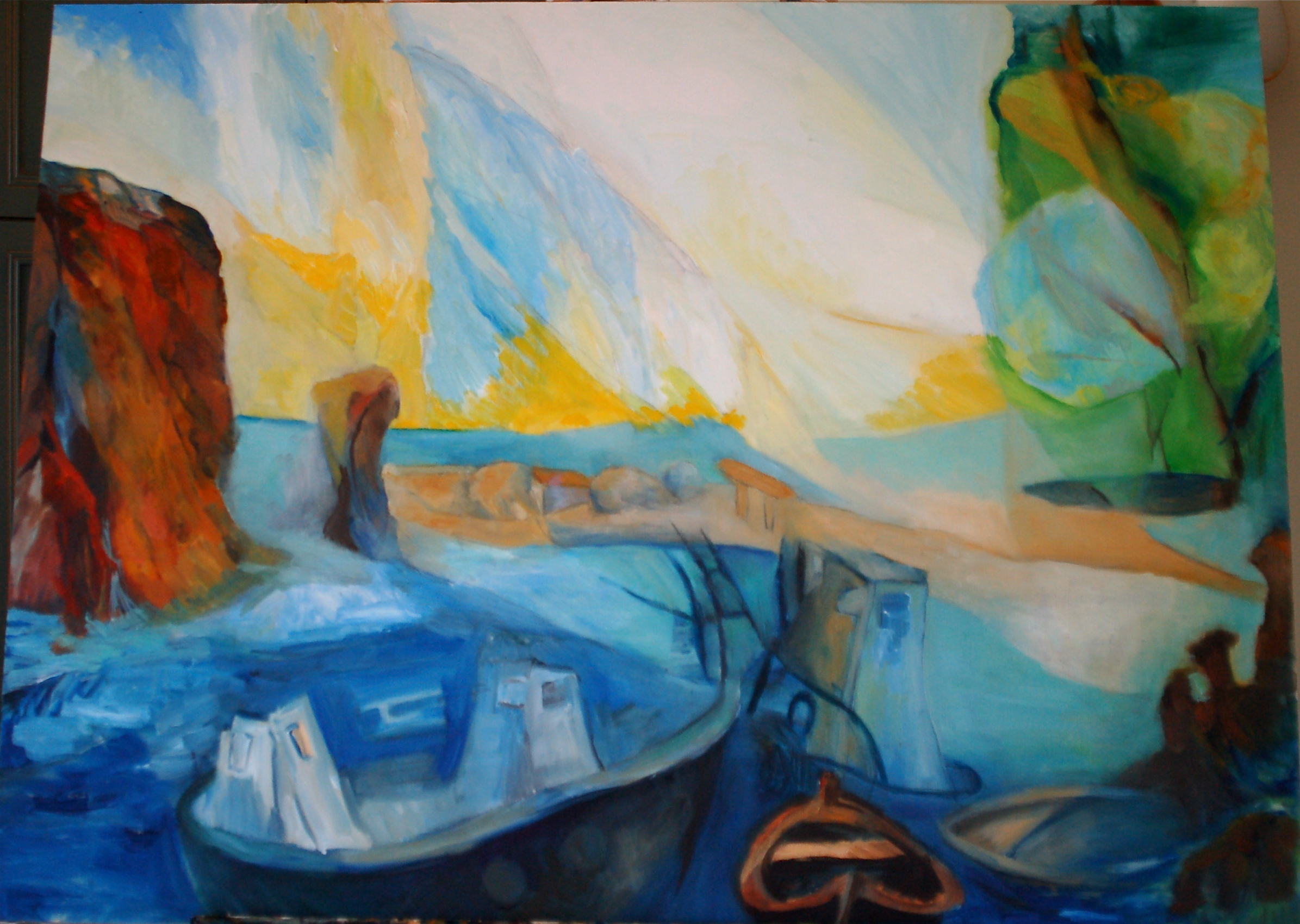 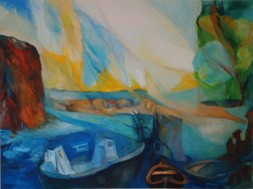 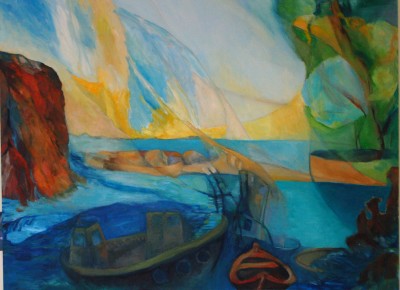 COMPLETION OF "PAIRING WITH MARY"